Krewe season has almost arrived and you might be wondering (if you’re not from the South), qu’est ce que Krewe? It’s a private social club of members who sponsor a parade and festivities as part of Mardi Gras. Krewes and Mardi Gras are a pretty big deal in Louisiana, our westerly neighbor. 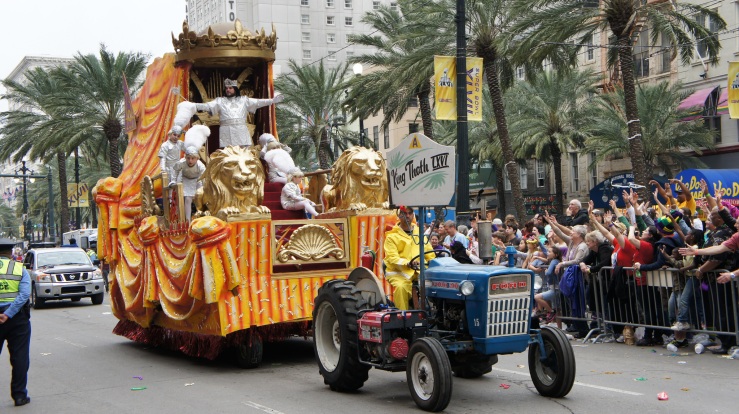 Krewes have their own distinct histories and themes. There are well-known Krewes (think Krewe de Bacchus) but also less familiar ones who know how to throw a great party. In the case of the Merry Antoinettes, a subkrewe of Krewedelusion, these ladies–garbed in 18th century costume–like to throw cake. (Sounds a bit messy but love this.)

If you’re planning a visit to New Orleans to revel in all things Mardi Gras, you can learn about these different clubs here.