In 1983, Malcolm White (of Hal and Mal’s fame) decided a St. Paddy’s Day Parade would be fun to produce, so he did. And Jill Conner Browne, a local Jacksonian, decided to be the parade’s Sweet Potato Queen. As Browne explained to the Houston Chronicle:

You know, in the South we’ve got a beauty queen for every event, every organization, every day of the week, every food group. I was pretty far removed from the beauty queen circuit, but I just declared it [being the Sweet Potato Queen] to be so. I just found it funny, and still do. 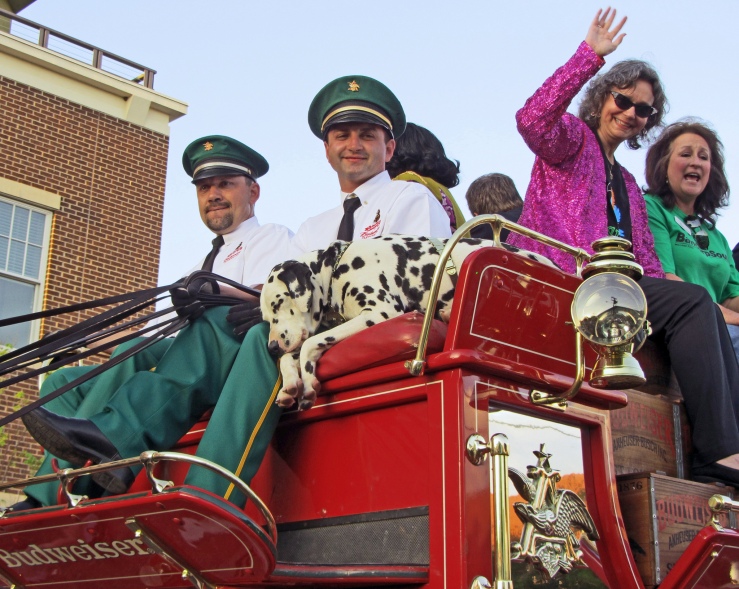 The Sweet Potato Queens have a reputation of adding bawdy fun to the parade and since that first parade have mushroomed as a network of 6,400 chapters in 37 countries. No joking. Can’t make it to the parade next Saturday? Consider checking out New Stage Theatre’s Sweet Potato Queens: The Musical, which is based on Browne’s best-selling books and is appropriate for ages 18 plus.