Mardi Gras is serious fun in the South–especially New Orleans and Mobile–where the Krewe fêtes are plentiful, the parades are noisy and joyful, and King Cake comes in all different flavors and varieties. In the North where you can find Polish bakeries, Mardi Gras means pączki (pronounced ponch-key). And these calorie-busting, jelly-filled doughnuts at local bakeries draw long lines. 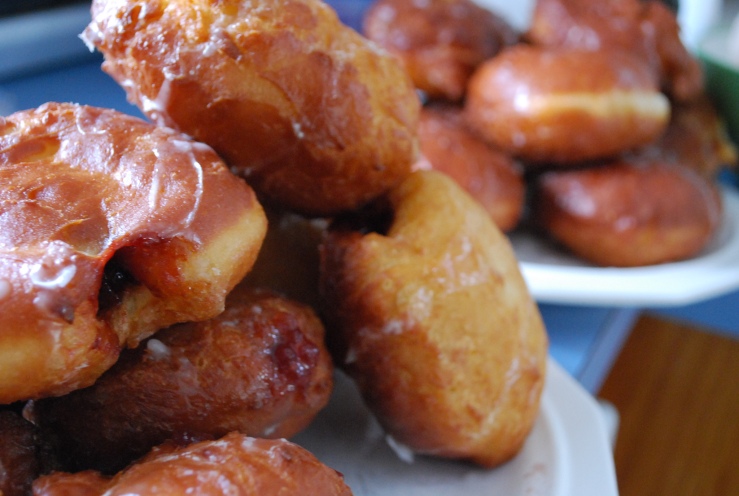 Pączki are also enjoyed on Fat Thursday (Tłusty Czwartek), and the reason for making pączki is to use up all of the ingredients (lard, sugar, eggs, fruit) before Lent kicks in. Bridgeport Bakery on S. Archer in the South Side of Chicago has an unassuming storefront, but you’d never guess they sell tens of thousands (yes, tens of thousands) of pączki on Fat Tuesday, also known as Pączki Day. If you didn’t make it to Bridgeport Bakery this week, don’t fret. They sell four different varieties of pączki all year round.

2 thoughts on “pączki for the mardi gras win”